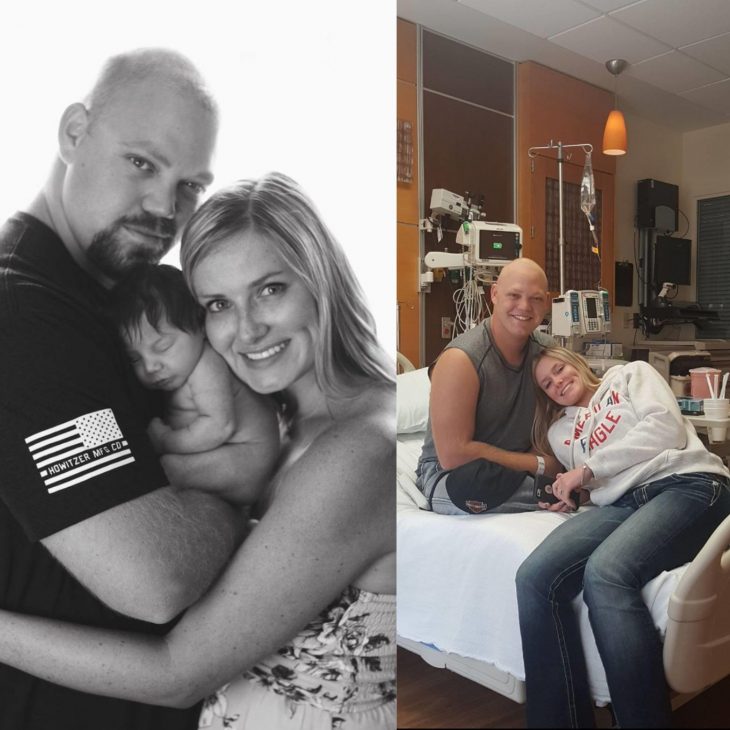 My name is Brandon Dove and I am a cancer survivor. I met my wife at the beginning of 2016. We had attended the same high school, but we never crossed paths. After dating over a year, I decided to ask her for her hand in marriage, and we got married in July 2017. After our honeymoon to Florida, we came back home to start our lives as a married couple. A week after arriving home, I woke up one morning for work feeling horrible. I had an indescribable pain in my abdomen. I decided to ignore the pain and went ahead and went in. On my way to work I had to pull over, as I felt nauseous and started vomiting. My boss ended up sending me home that morning. I was pale, felt dizzy, and I just wasn’t myself. My wife was already at work when all of this was going down, and I didn’t want to worry her. My aunt decided to take me to the ER because I was becoming unable to drive and eventually passed out. After arriving to the ER and calling my wife to meet me, they did a CT scan of my abdomen and found a mass in my small intestine the size of a golfball. I had to have immediate surgery to remove the mass. After surgery, the surgeon told me she removed several lymph nodes, the mass, and a foot of my small intestine. We had to anxiously wait several days for biopsy results. After about 5 days, they gave us the news that I was diagnosed with Burkitt’s Lymphoma. This was very devastating and scary for my family to hear. I was newly married and now the upcoming months were going to be hard. I was transferred to the Simon Cancer Center to start my first round of chemotherapy. I had multiple infusions, one week every month we stayed in the hospital for 9 months. My wife had to take me to the ER several times, and call the ambulance on one occurrence, for facing the side effects of the chemotherapy and spinal injections. Before the chemo was started, I was told the certain drug regimen that I was on, it was unlikely that I would be able to have children. My wife and I are young, and this was hard to hear. We decided to continue on with the treatment and that if God wanted us to have children, then He would make a way. My final PET scan showed that I was free of the cancer in March 2018. We couldn’t have been more blessed. The journey was long and hard, not only on me, but on my family as well. We had a huge support system in which we are highly grateful for. A year after the end of my treatment, my wife and I decided to see a fertility specialist. After viewing my labs, he told us that we were likely not going to be able to have children, and gave us other options. After praying about it and discussing it with my wife, we decided that we were not going to go through with any other option at the time. Just two months after that appointment, my wife called me at work and told me she was pregnant. Now we have a beautiful and healthy baby girl who was born this month. We couldn’t be more grateful for this blessing. I am thankful for my health, the medical team who took care of me, and my family. This was a perfect end to my story.